Why I Do What I Do

Just a few years ago I went through the toughest time of my life; some would call it a personal crisis, today I’d call it a long-overdue paradigm shift I needed, to get focused and reaching for the life I was meant to live. It all started when I got laid off from what I, back then, considered being my dream job. The worldwide financial crisis was full-blown, and like so many other companies, the agency I was working in was struck hard by it. All of a sudden, I was out of a job, and I had no clue what I wanted. In the following months, my world came crashing down. I was out of a job, got depressed, the relationship I was in ended, I got hospitalized and registered as homeless.

It took almost a year for me to get back on my feet. 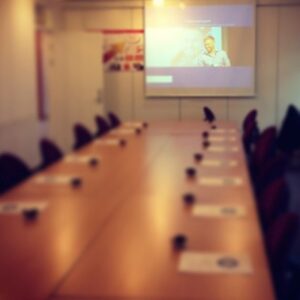 When I found a place to live, I began a journey of soul-searching, looking for a deeper meaning in life. I spend time working intensely on Stephen Covey’s ‘7 Habits of Highly Effective People‘, which turned things around for me. It was at this point when I got back on track, I started sharing my story.

Not knowing what I was doing, I set up a blog, and I began writing about the things I’d learned from being laid off and sidelined in the game we call the job market. The single goal I had launching my blog, was to hopefully inspire and motivate, at least one other person out there in the Danish cyberspace so that other people wouldn’t have to go through the things I had.

That goal set me off on a journey that I had never thought or dreamt of. Suddenly I began receiving calls and emails from different Danish media’s, asking if they could interview me on the situation in the Danish job market. I helped journalists get in touch with the job seekers reading my blog, articles about my story were in the newspapers, and I began to receive requests about doing some speaking engagements about my story and how I had changed things around.

The speaking engagements led to doing workshops, and I got to work with the people I wanted to help motivate and inspire the most, the job seekers. All the experiences I’ve had since I began sharing my knowledge have now led me to want to share my career branding strategies with you, so you can start attracting a new world of career opportunities and get the career you want and deserve.cc

My Goal And Mission!

My goal is to help you, and as many as possible, attract the kind of career opportunities, that’ll help you do the things you feel passionate about and motivates you.

I believe, when you do what you love in career, then you’re more likely to be fulfilled and able to give more of yourself to the people around you living a more fulfilling life.

That’s why I want to help you achieve just that, by attracting the career you want and deserve through Career Branding.

To be successful in all aspects of life, I believe it’s important that the things we do, are aligned with our values and principals.

You’re The Creative Factor Of You Life

To me, I’m the only one who can create the life and career that’s right for me. That’s why this principal inspired from Steven Covey’s ‘7 Habits of Highly Effective People‘ is one of my primary guiding principles and driver in the things that I do.

Keep Focus On The Things You Can Take Action Upon

You Need To Feel Great To Perform At Your Best

If I don’t take care of myself in a way that makes me feel good doing the things that I do, then I might as well not do it. Because if I don’t feel great, I’m not going do my best work or be the best version of myself to present to people around me.

There’s No Success Without Failures – Go For It!

No one has ever succeeded without making some failures along the way. I’ve done my share and learned from them, and that’s what’ll help me succeed in doing the things I set out to do. So, if you want to succeed, which I believe you do, then you need to let go of the fear of failure and keep moving forward towards your goals and the vision you have for your life.

When I’m not helping clients with their careers, I have a few other projects I’m working on at the moment. Besides finishing writing my upcoming book, I’m working on an app project to help professionals run more productive and valuable meetings and to make it fun and engaging to attend meetings.

In my spare time, spending time with my girlfriend, Hanne, is one of my favorite things to do. I also try to read daily to nourish my development and widening my horizon with new knowledge about a wide range of subjects within personal- and professional development, as well as health, to optimize my overall well-being.

Oh yeah, and I also enjoy grilling on the patio and having a nice glass of wine to go with it, of course.